US and Canada Daily Snow

Wet and snowy pattern for Tahoe and the Pacific Northwest 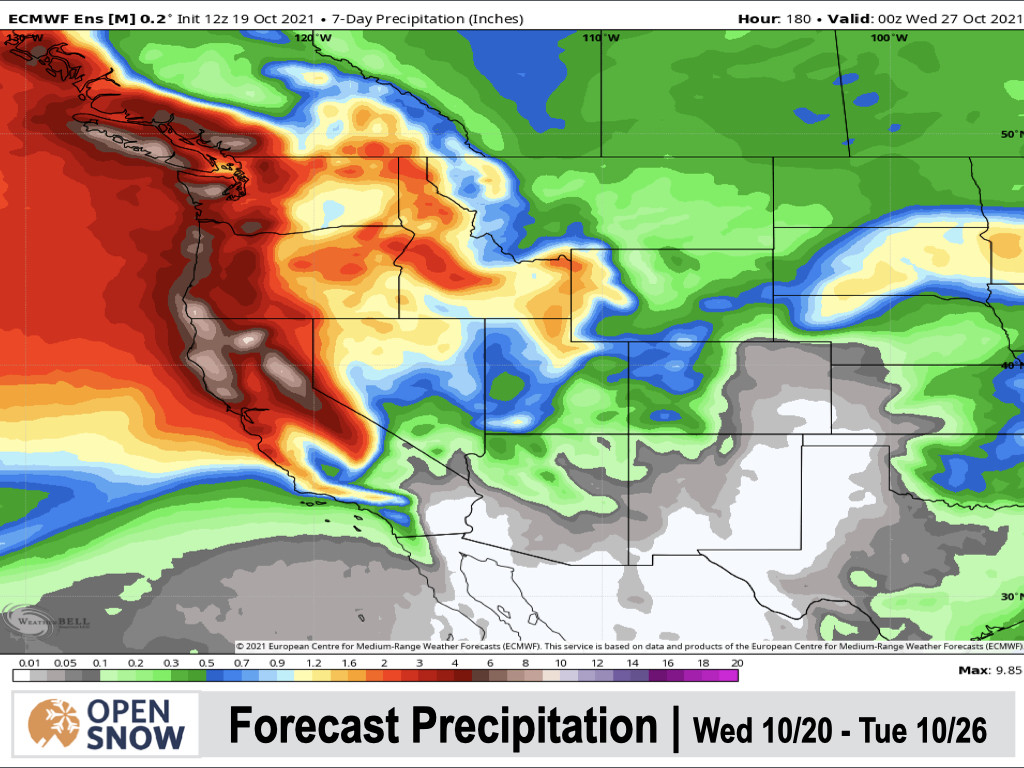 A series of storms will bring daily rounds of precipitation to the West Coast over the next 7 days. Snow levels will be high on Wednesday and Thursday but will start to fall on Friday as stronger and more progressive storms arrive. The strongest storm is expected Sunday-Tuesday with colder temps and heavy snow likely for the Sierra, Pacific Northwest, and Northern Rockies.

Heavy precipitation for the West Coast over the next 7 days

An impressive pattern is setting up over the West Coast with a series of storms expected to deliver heavy rain and deep snow totals to the higher elevations of the Sierra, Cascade, and British Columbia Coast Ranges. In fact, this could end up being the wettest October for Tahoe since 2016 if the forecast verifies.

Initially, snow levels will start out high on Wednesday but will trend lower over the next 7 days as colder air arrives. Significant snowfall is likely for many ski resorts by early next week, and this will include the Northern Rockies in addition to the maritime ranges. 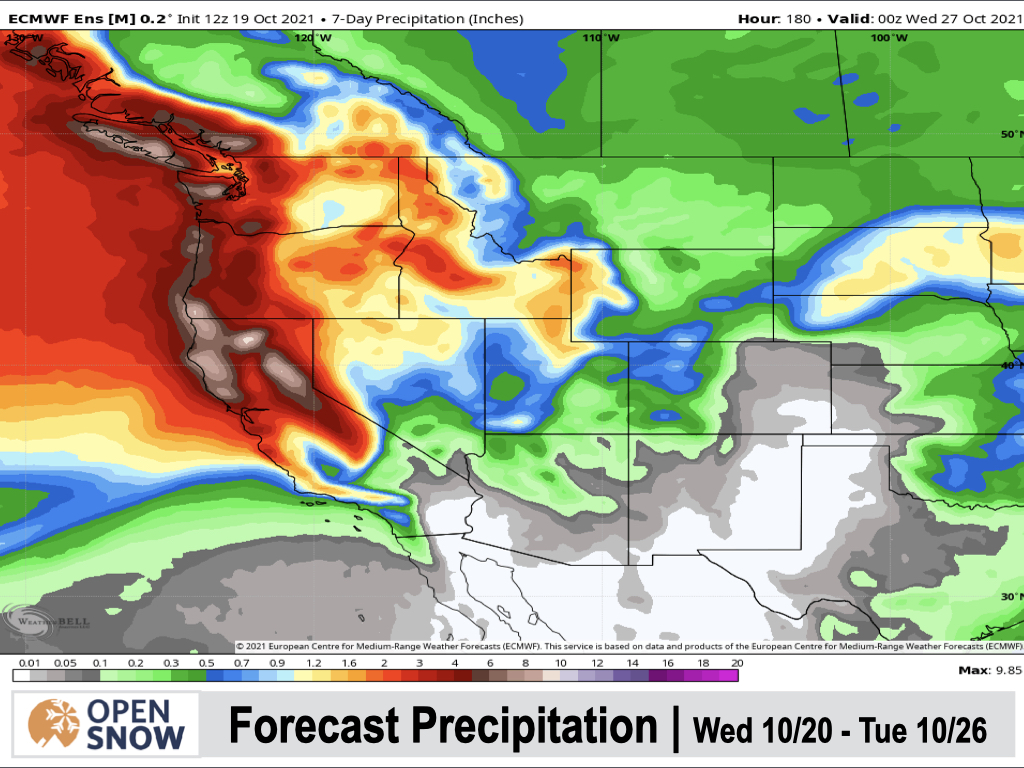 Lingering snow over Colorado/Wyoming will taper off early Wednesday morning. Back-to-back storms will impact the BC Coast Range, Cascades, and Northern Sierra/Tahoe region but high snow levels are expected with rain being the dominant precipitation type at most ski resorts. 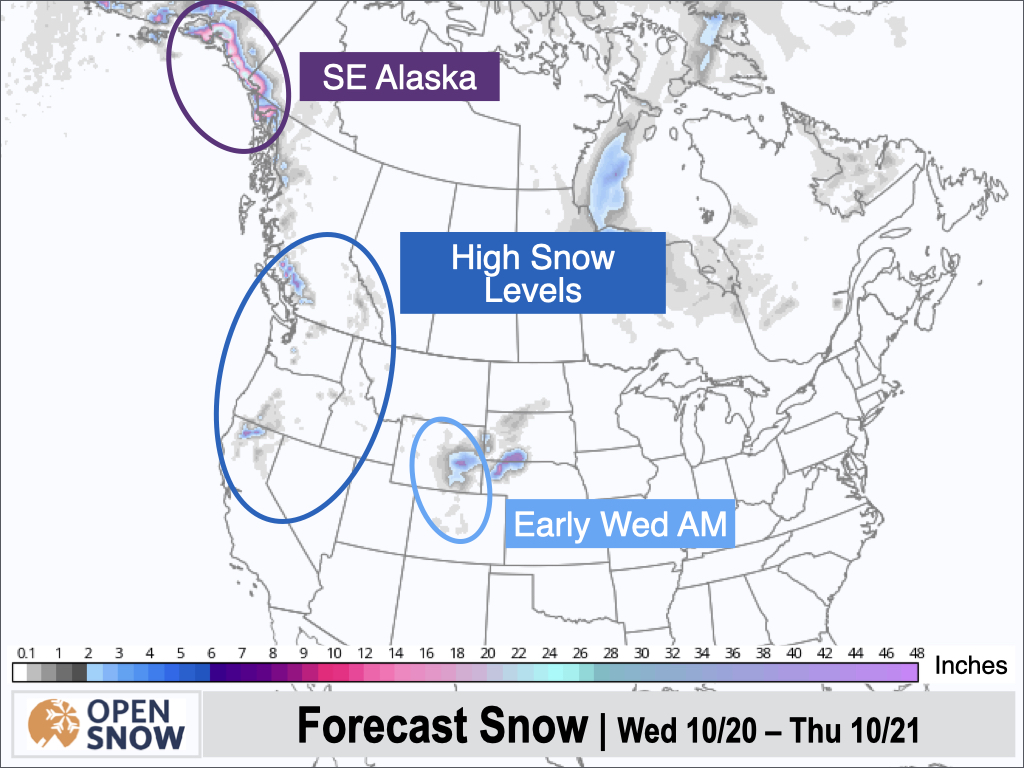 A series of storms will continue to impact the Northwest and California with colder air and lower snow levels compared to prior days. These storms will also start to push further inland with high elevation snow/low elevation rain reaching Idaho and Northwest Montana on Friday and Western Wyoming and possibly Northern Utah on Saturday. 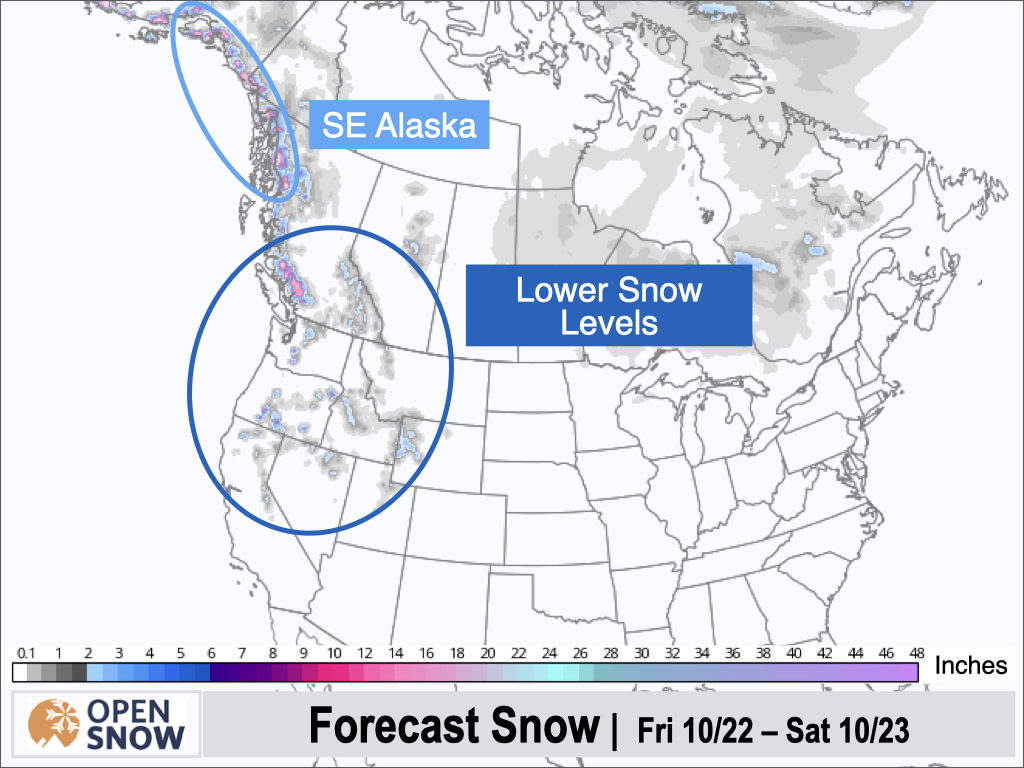 This is when things really start to get exciting as a stronger and colder storm is expected to impact much of the West. Significant moisture arriving from the Pacific will result in heavy amounts of high elevation snow and low elevation rain across California, the Northwest, and the Northern Rockies on Sunday.

A cold front will then move across the West on Monday with snow levels falling to the bases of most ski areas. The deepest snow totals are expected across the Sierra, but heavy snow is also possible for the Cascades, BC Coast Range, and Northern U.S. Rockies. 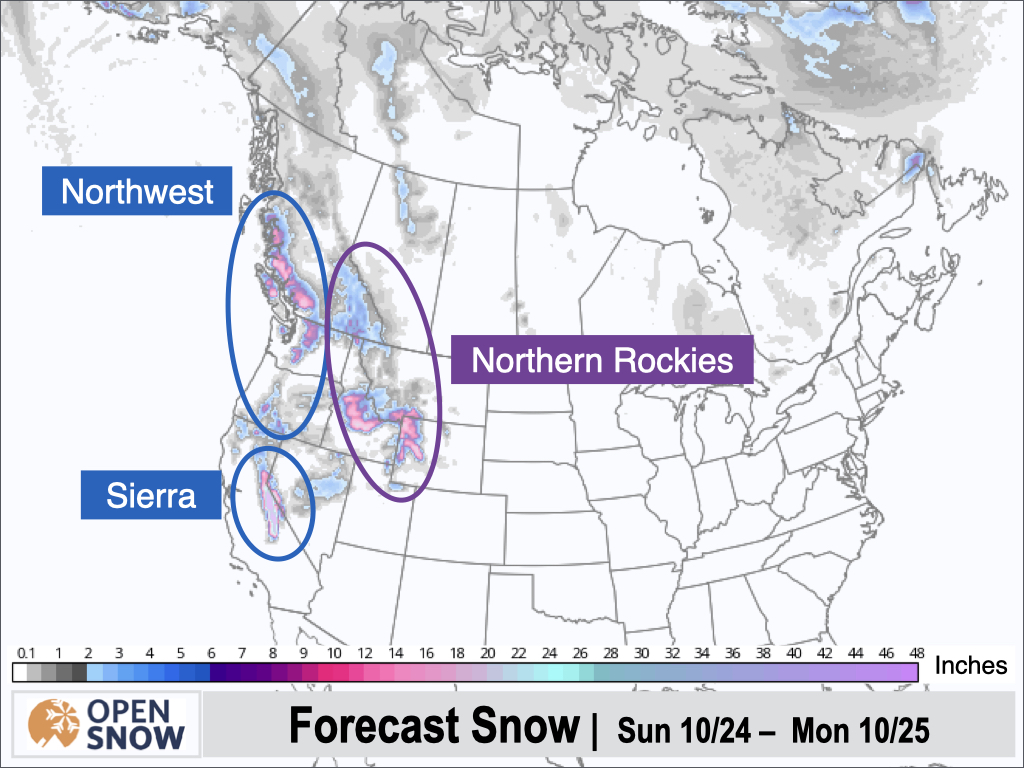 The early week storm is projected to move across Utah and Western Colorado on Monday night and Tuesday with a round of snow likely along with colder temperatures. An active pattern is expected to continue across the Pacific Northwest, Western Canada, and the Northern Rockies throughout this period with additional shots of snow along with colder than average temperatures. 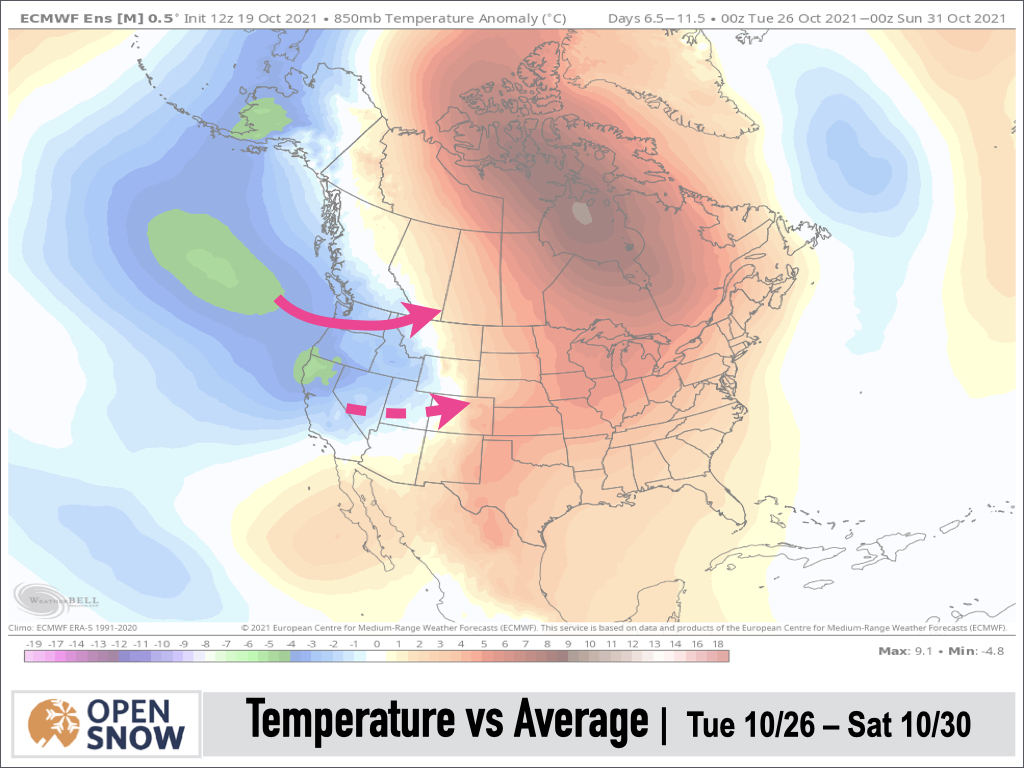 Alan Smith
Meteorologist
Alan Smith received a B.S. in Meteorology from Metropolitan State University of Denver and has been working in the private sector since 2013. When he’s not watching the weather from the office, Alan loves to spend time outdoors skiing, hiking, and mountain biking, and of course keeping an eye on the sky for weather changes while recreating.
Read More