Heads up, there may be fresher snow! Read the latest Utah Daily Snow 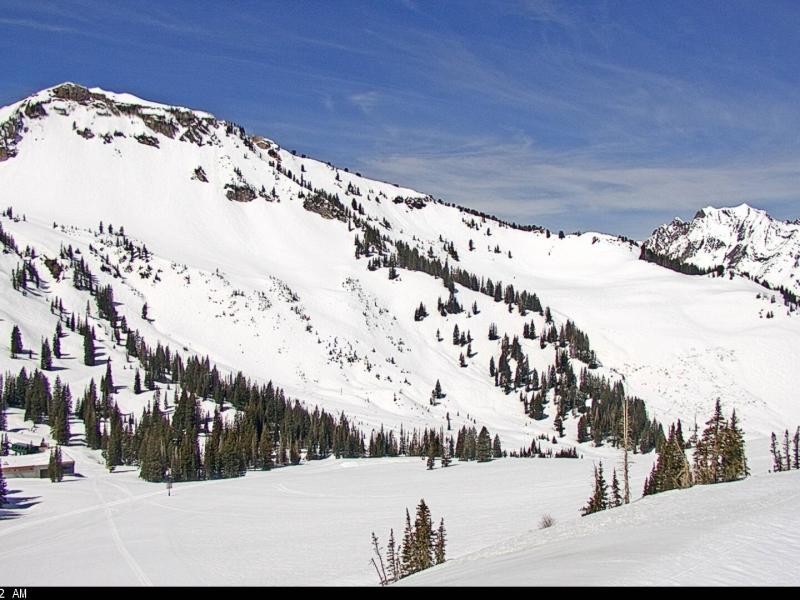 We saw a strong storm bring copious rainfall and mountain snow to start this week. Clearing, warming and high pressure will be the dominant weather terms for the future.

If you missed last week's Season Wrap-Up Post, you can check it out!

Our storm moved through yesterday and brought good rainfall amounts to the valleys with significant dense snowfall to the mountains. SLC Airport picked up 0.80" of rain which broke the rainfall record for the date. Alta-Collins picked up ~1.4" of liquid which equated to around a foot of dense snow. Snowbird skied great yesterday with velvety snow up top with dense cream at the base. It's still snowing in the mountains of southern Utah this Tuesday morning. A follow-up disturbance should combine with daytime heating this afternoon to fire up a few more showers in the Wasatch. We could see another inch or two of snow.

Otherwise, we are going to be moving into warmer and calmer conditions later this week as high pressure takes control. We should easily surpass 80F in the valleys by Friday with perhaps close to 90F possible by Saturday. The melt is on!

We will have a weak system brush the area later in the weekend and cool us down a bit again, but the message here is that spring, and even summer-like weather is on tap at least for a bit.

Evan Thayer
Utah Snow Forecaster
To Evan, 'The Greatest Snow on Earth' is more than just a motto - it’s a way of life. In 2010, he started Wasatch Snow Forecast as a way to share the best powder days with his fellow snow-lovers. Evan brings the same quality forecasts and weather discussions to OpenSnow and hopes you enjoy skiing/riding Utah as much as he does.
Read More